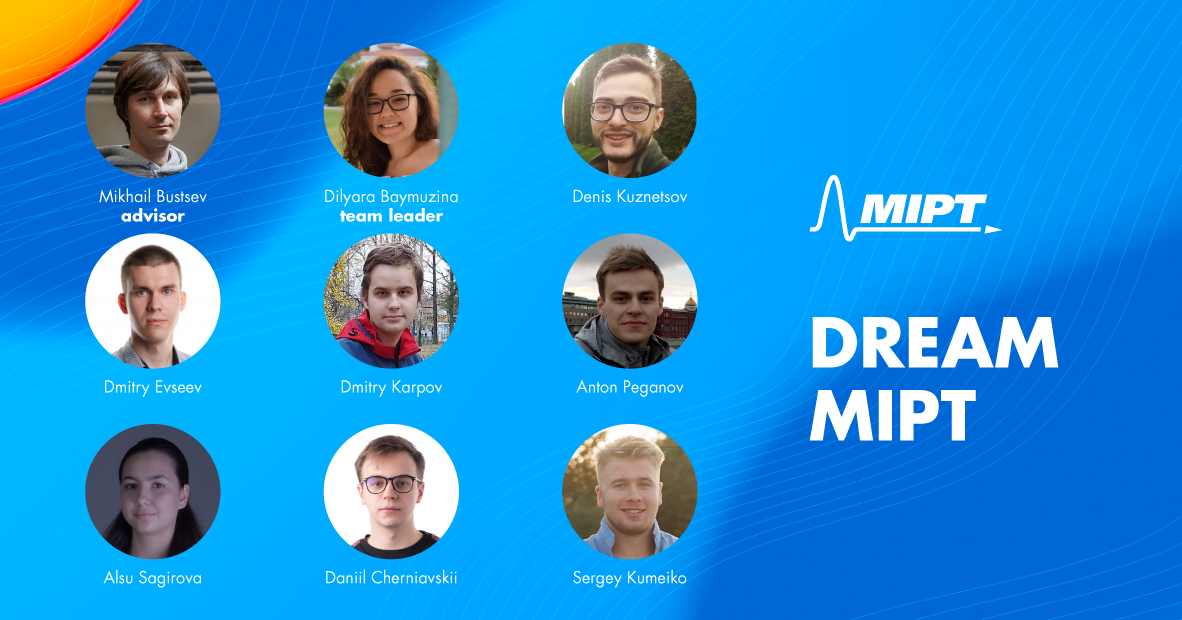 A student team DREAM from the MIPT Neural Networks and Deep Learning Lab was qualified for the semi-final of the competition of conversational artificial intelligence development organized by Amazon — Alexa Prize Socialbot Grand Challenge 4.

The Alexa Prize Socialbot Grand Challenge is a competition for undergraduate, graduate, and doctoral students launched in 2016. It is aimed at advancing conversational artificial intelligence technologies. Teams have to develop a social bot that can communicate fluently with people about news and popular topics such as entertainment, sports, politics, technology, and fashion through Alexa-enabled devices.

The fourth edition of the challenge started on November 9, and already in early January Alexa users could start communicating with socialbots developed by students.

“DREAM is not only a name, it is the absolute dream of our lab’s students to make computer better understand a person, to become a loyal friend, to help in the daily fuss, scientific research, and leisure,” says Mikhail Burtsev. “Today we are one step closer to our dream — we have reached the semifinals of the competition. I am very proud of the work that the team members have done, and that the solution is based on our open framework for building conversational artificial intelligence — DeepPavlov."

The quarter-final started on March 2 and lasted until April 30. According to the competition conditions, the target metric to qualify was the average rating for the last seven days of the quarterfinals. This year, unlike the previous competitions, the organizers introduced experimental traffic — 25% of all dialogues are flagged, they do not go to the official rating. This is done to test hypotheses on experimental traffic first, and then, if the version is proven successful and stable,to run it as the main version.

"The overall level of chatbots has increased significantly compared to the last year, which means that user expectations have increased, which certainly affects the ratings. At the same time, some participants of the Alexa Prize Challenge 3 in the summer of 2020 managed to partially publish their solutions. Thanks to this the teams participating for the first time this year had a fairly good start. Since our DREAM team is participating for the second time, we have already formed a certain level of competence that can allow our team to reach the final of the competition," said captain Dilyara Baymurzina.

The team has almost two more months of hard work ahead of them until the end of the semi-final on June 25. When moving to the final stage, the ratings for the semi-final days will be considered, so participants need to keep a high bar throughout the stage. The team already has a number of interesting ideas and developments that will be implemented in the near future.
Darya Moroz
DeepPavlov Products
ORGANIZATION
COMMUNITY
Keep In Touch
© 2023 DeepPavlov.
All rights reserved.